A History of Women at Georgia Tech

In their century-long tenure at Tech, women haven't shied away from making history. Some of the most meaningful milestones are catalogued below.

Some of the first female students with their RAT caps.
Credit: Georgia Tech Library Archives

The first women undergraduates on campus in the early 1950s.

Some of the first black women to matriculate at Tech were honored at the 2010 Women's Leadership Conference. Credit: Institute Diversity 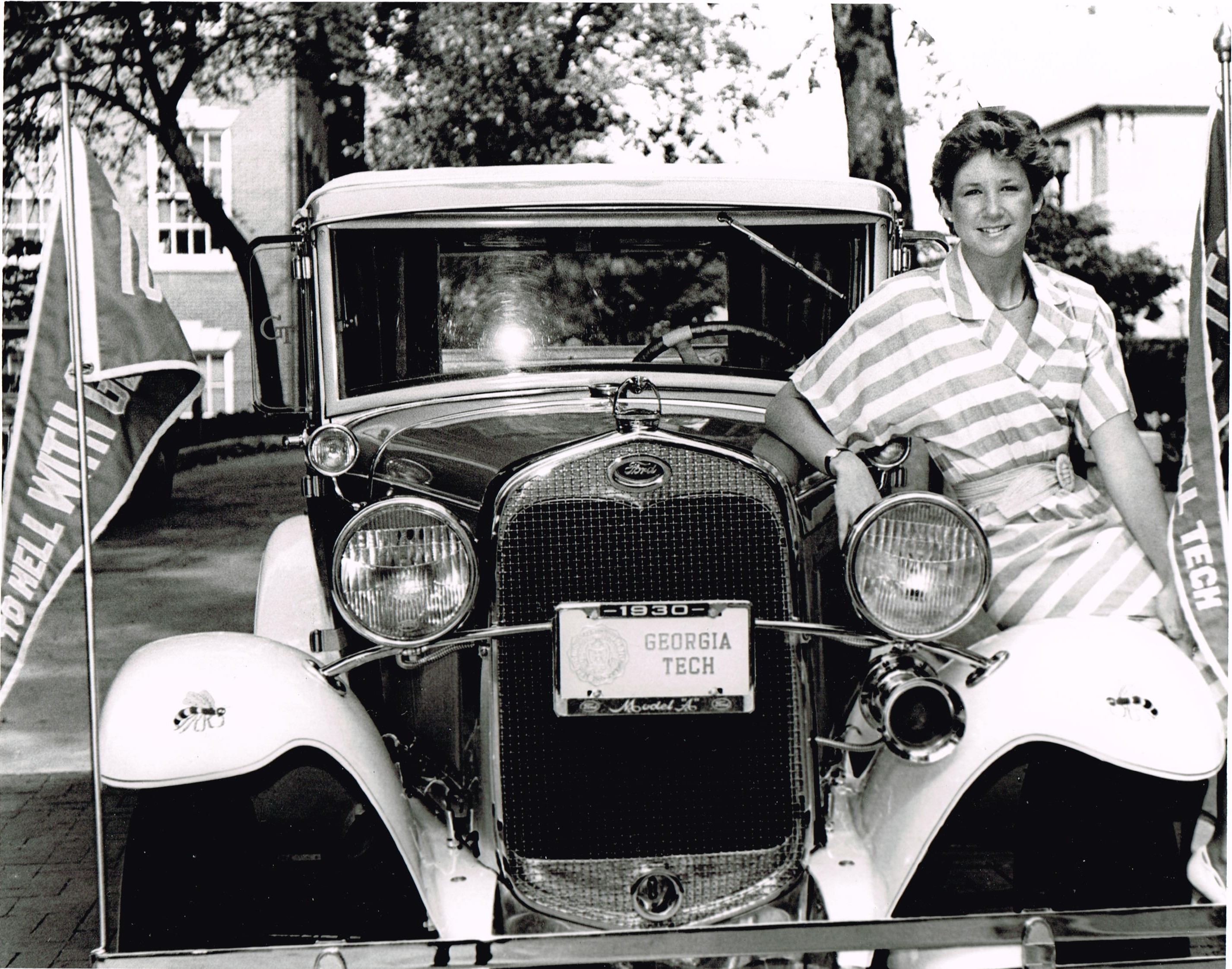 Lisa Volmar, the first female driver of the Ramblin' Wreck, with the car in 1984.
Credit: Ramblin' Reck Club

More about Women at Tech

Learn more about the role women have played at Georgia Tech.

10 Ways Women Have Left Their Mark at Georgia Tech

Women at Tech Timeline (via the College of Engineering)

Special thanks to the Georgia Tech Library Archives and Living History Program for documenting this history, and the women of Georgia Tech for living it.